Several protective measures are put in place to minimise the spread of the COVID-19 coronavirus among the population.

Find all the information concerning the COVID-19 coronavirus on the website of the Luxembourg Government. 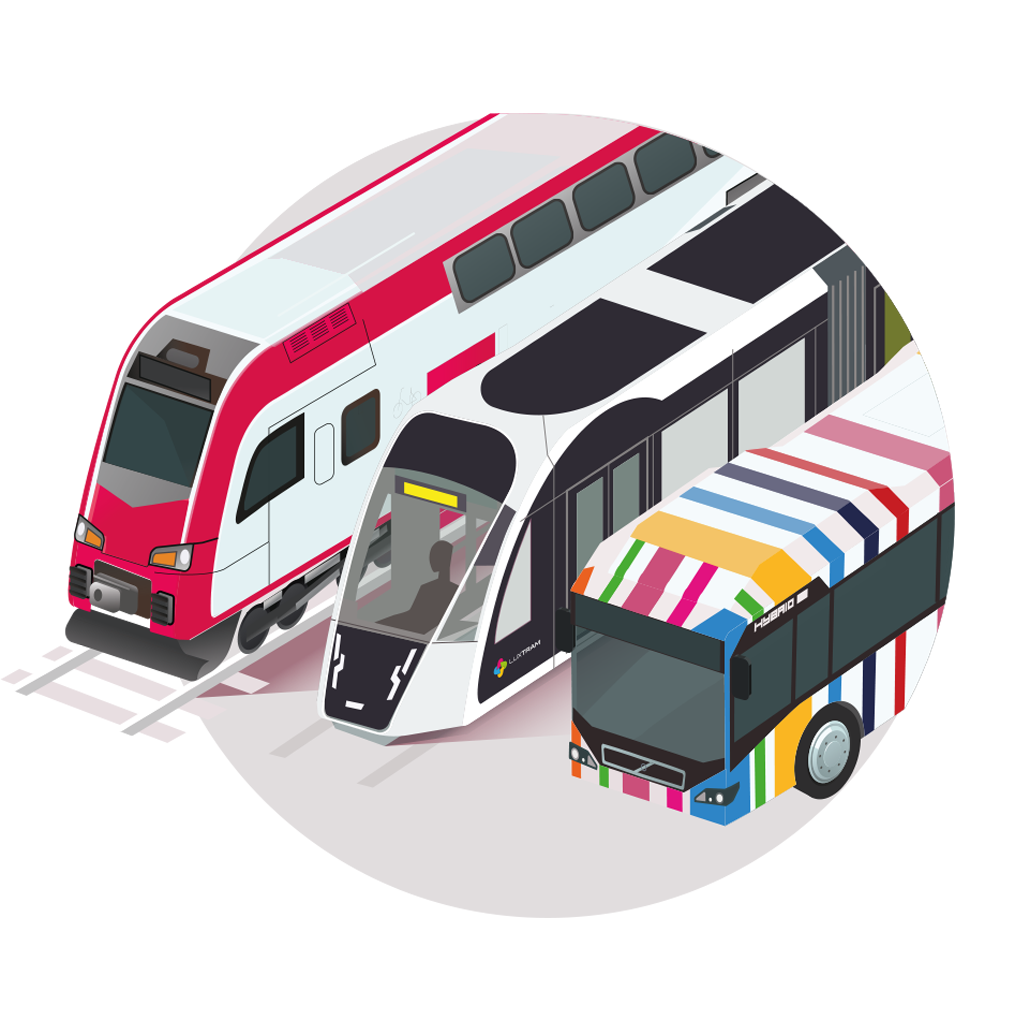 The following measures are applied:

Organisation of bus service to the Goodyear and Arcelor Mittal factories:

The following worker’s lines are out of service until 13 April 2020:

The following protective and preventive measures must be observed by all operators and users of public transport for the health of all, travelers and drivers, until further notice:

The current traffic plan on the various CFL lines will remain unchanged until Sunday 3rd May 2020 (included). Customers will be informed of any changes.

From Wednesday 8th April 2020, there will be a reduced number of trains running from 10 pm onwards.

Customers can find all additional information on www.cfl.lu, in the CFL applications and the CFL Call Center at (+352) 2489-2489.

Due to the COVID-19 pandemic, the CFL are cancelling long-planned engineering-works.

During the Easter holidays from 4th to 19th April 2020, trains will run according to the schedules. A substitute bus service will therefore not be necessary.

Respecting the necessary rules of social distancing, the CFL’s service for people with reduced mobility will have to be interrupted for the duration of the pandemic. Customers will be able to use the Adapto bus service.

More information is available at www.adapto.lu.

The “Luxembourg Saarbrücken Express” shuttle bus runs 3 times a day in each direction. Customers will find detailed information in the timetable search on www.cfl.lu and in the CFL applications or here.

The “Gare Lorraine Express” shuttle bus will be cancelled until further notice.

TGV services to Paris and the South of France are cancelled until further notice. Following the cancellation of TGV services, customers who have previously purchased a ticket are invited to address any request for reimbursement to the railway company that provided them with their ticket. As the ticket offices and waiting rooms at all CFL stations are closed under the current conditions, customers are requested to contact the CallCenter.

In the context of the COVID-19 pandemic and the Government recommendations of greatly reducing individual movements, TICE are also adapting their service.

From 22 March, TICE bus service is suspended on Sundays and public holidays until further notice.

You can see TICE timetables here or on www.tice.lu.

AVL lines are adapted according to the evolution of the passenger flow and the availability of the service. More information can be found on the website of the City of Luxembourg.

The tram operates from Monday to Saturday.

The tram does not operate on Sundays.

All information desks are currently closed. You can still contact us via phone on 2465 2465 (Monday to Saturday only) or by email.

Municipal transport is affected by COVID-19 measures, too. For organisational reasons, we have unfortunately not received up-to-date info from all municipalities. Please contact your commune to know the most recent timetable.

Below are the measures on municipal transport that have been reported to us:

You can see Citybus timetables here.

Transport to the follwing places are cancelled from 16 March:

The following transports are not canceled:

With regard to organisations in the disability sector, managers are free to decide how they intend to proceed: they can either apply general hygiene measures and recommendations or apply the same measures and recommendations as those which apply to accommodation facilities by the State for the elderly. It is about protecting the vulnerable and at risk population as much as possible.

Like RGTR bus lines, the Adapto service no longer operates on Sundays until further notice. This measure is applied from 22 March 2020.

People who have already booked a transport, as well as transport operators, are contacted by the Département des transport of the Ministry of Mobility and Public works.

The RGTR network has been completely reorganised during the last 4 years, in collaboration with municipalities and citizens. The implementation of the first changes was scheduled for May 2020.

Following the COVID-19 pandemic, the first phase of the reorganisation and the timetable changes, valid from 9 May 2020, will be on hold until September for the start of the 2020/2021 school year. The final implementation of the entire network, planned for September 2021, will thus also be postponed for 4 months.

Your public transport is always at hand!